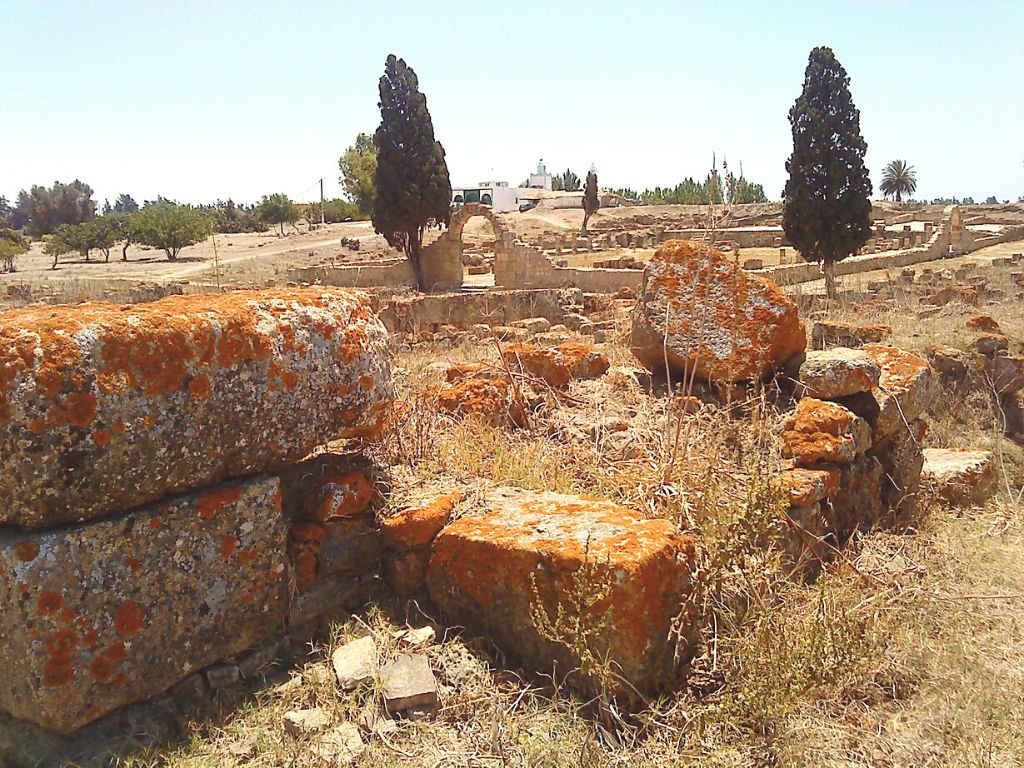 The ruins of the Roman City of Iulia Valentia Banasa in Morocco are located in northern Morocco, halfway between Tangier and Rabat. It was founded in the first half of the first century by the emperor Augustus. It used to serve as a home for veterans of the battle of Actium. It was abandoned in 285. It includes traces of a basilica, a capitol, a forum, and baths.