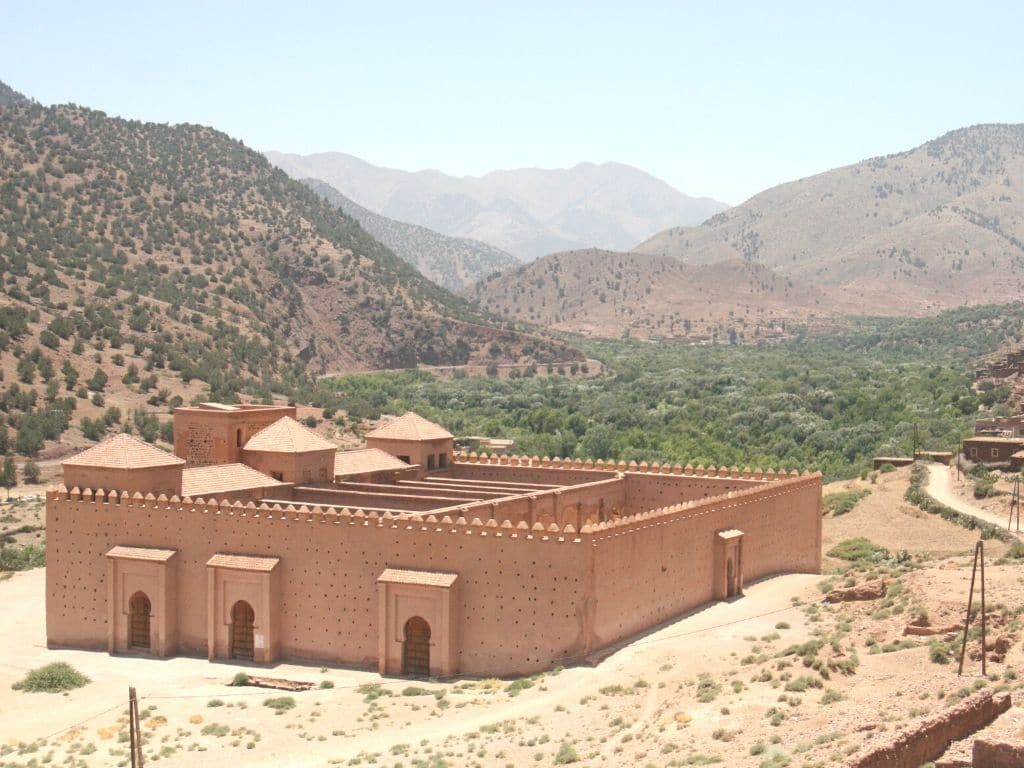 Tinmel Mosque in Morocco is located in a small village in the High Atlas, 130 km south of Marrakesh. The Almohad dynasty was born here, and the mosque was build at the beginning of the 12th century. The temple was inspired by the Grand Mosque in Taza and later served as a model for the Koutoubia Mosque in Marrakech. It is one of the two mosques in Morocco that can be visited by non-Muslims.