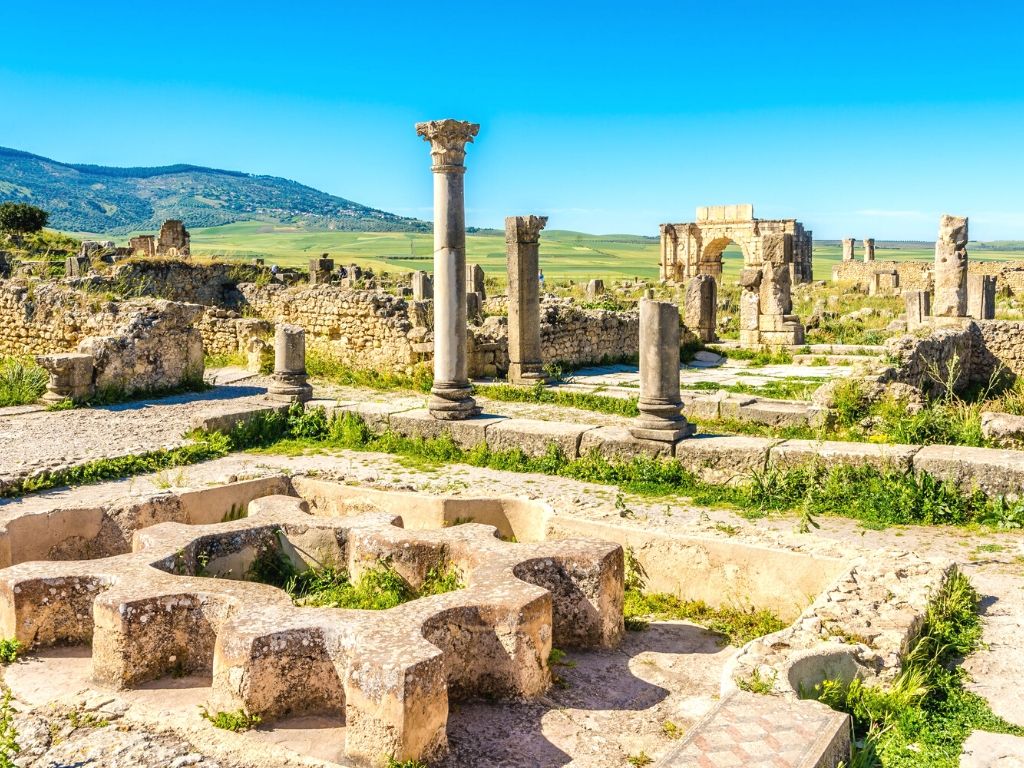 Volubilis Archaeological Site in Morocco is close to Meknes. The Volubilis area has human presence before the arrival of the Romans, but the city grew between the 1st and 2nd centuries. In 285, it was conquered by Berber tribes and continued to be inhabited until the 11th century. It was excavated and studied by the French from the end of the 19th century. It is a UNESCO World Heritage site.

Volubilis was founded by Phoenician settlers and later became a famous Roman city. It prospered until it was lost to the Berber tribes that conquered it in 285. It remained inhabited until the 11th century and has started to degrade since then. You can see some of the most famous buildings in the city and beautiful panels of Roman tiles.